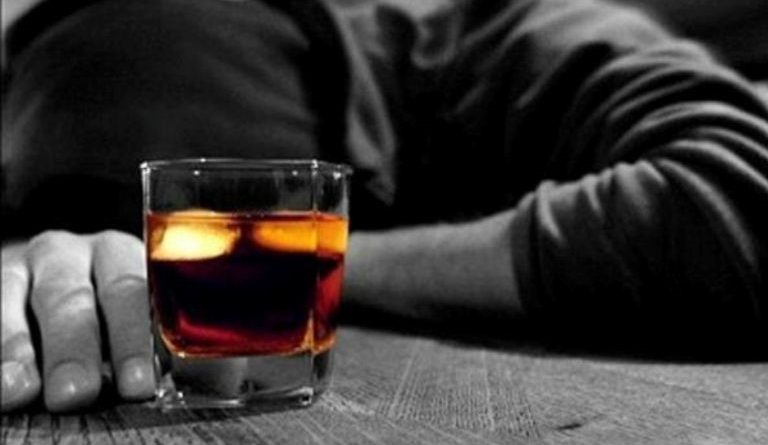 (Lyrics as per Joe Bonamassa version)

A. The song itself

In musical structure, Sloe Gin is not a blues song. Nevertheless, its subject makes it an extremely appropriate song for a blues band. It’s a song about loneliness, a song about being so lonely you have to get wasted because you can’t stand the sadness. People obviously don’t spend all their food money on drugs because they’re degenerate or subhuman. They do it because they have to, because they can’t stand being so unhappy and, in order to get up tomorrow morning, they need to switch the loneliness off for a while, any way they can. There have been some great songs about loneliness, mainly ballads. Heartbreak Hotel by Elvis Presley is one: he sings of being so lonely you could die. Jimi Hendrix, who died in London, also sang of being ‘so cold and lonely’.

Sloe Gin was written for Tim Curry’s first solo album by Bob Ezrin and the late Michael Kamen, who might be names you correctly associate with Pink Floyd, and with many other extremely famous musicians – the list is long and impressive for each of them. (I shall be writing a piece for next month’s Cultura Blues on why Pink Floyd is a more appropriate band for blues lovers than the Beatles). These were two of the most sought-after composers, arrangers and producers in the world.

Wanting to get drunk on Sloe Gin – a sweet spirit made from gin flavoured with a type of plum – out a desperate need to feel no more pain is a terrible thing and the reason is the singer’s awful loneliness. The song includes the pathetic statement: I hate to go home alone, but what else is new?; the feeble complaint, “I ain’t even high”. This is the loneliness of living friendless in a huge city, being so lonely you want to die, while knowing it would make no difference to anyone. And the appalling thing is that it is quite common in our Western paradise.

This may sound like an exaggeration, but it isn’t. An extreme example: Joyce Vincent died in her flat in London, not far from where I once lived, at the age of 38, and was neither missed nor discovered for nearly three years. Only her skeleton remained; she was identified from dental records.

But there is also, sadly, in the second verse, a distracting second theme only vaguely related to the main idea. In this context, what could be more natural than a call for help, but the maritime metaphor is flat wrong.

Unfortunately, the song loses focus in the second verse. Being shot down over stormy sea goes off topic – it has nothing to do with a city dweller being lonely. It may be that the writers’ intention was to compare loneliness with drowning; it may be that ‘drifting away Can’t seem to get a grip on me’ is intended to suggest that the singer has in fact got high or drunk, but his loneliness is so bad that he doesn’t really notice.

The real strength of the song, however, is in its music. The chord progression of the verse in D minor (Dm – F – G – Bb/C) and its chorus, which shifts to A minor, are quite brilliant. It’s no surprise why Joe Bonamassa found it irresistible, especially given the brilliant solo in the Tim Curry version played by Dick Wagner. The solo mid-song is enclosed by another lovely chord sequence, and there is a third element that deals with any possible monotony of the repeated, almost ostinato, D minor sequences by shifting to B minor, A major and G.

Let’s face it: there’s nothing like a repeated sequence of chords to make a guitarist want to play a solo, and this Dm progression is absolutely crying out for one.

B. The Tim Curry version

Tim Curry is blessed for at least two reasons that are relevant here: first, he has a superb, well-trained voice; secondly, he became famous by fine-tuning the iconic role of Dr. Frank-N-Furter in the Rocky Horror Picture Show, which must have helped him to get Ezrin and Kamen to write for him. Happily, his acting career has had further high spots since Rocky Horror – as the Pennywise (el payaso bailarín) in It, and as Darkness (El Señor de las Tinieblas) in Legend, among others.

We owe the existence of the song to his singing career and his first solo album “Read My Lips”, whose title is obviously a reference to the opening scene of the Rocky Horror Picture Show. A friend of mine bought this album when it came out and was very tolerant of my requests to listen to this track over and over. I insisted that it was the only song on the LP worth listening to. (I am happy to say that in spite of my behaviour, we are still good friends).

Tim Curry’s version unfortunately for me reminds me too much of his RHPS character and oscillates between a trained voice and a very self-aware plaintive one. Although he does not censor the lyrics, this self-awareness of saying he is lonely, occasionally combined with self-deprecation means that it is not the way I would choose to sing the song. Whatever Tim Curry’s ideas about the song may be, as he sings it, you believe him when he sings that he is so fucking lonely.

There is one thing that I actually find offensive in all of Joe’s versions – and it’s this: censoring so fucking lonely to so damn lonely because I think that playing the blues is all about being as honest as you can be. To my ear, if ever the swearword was justified, it is here: being so lonely you want to die, standing in the rain on the verge of tears. Not saying ‘fucking’ when it’s definitely the right word is artistic cowardice – it makes your art dishonest if you bow down to the lowest common denominator in the public as enforced by their loathsome henchmen in your marketing department.

Joe Bonamassa’s plays one of the best guitar solos I’ve ever heard in this version of the song and it takes up most of song’s duration. This is great guitar playing, but it’s simply flat wrong for a song about loneliness. My guess is that – luckily for him – Joe does not actually have any personal experience of the loneliness described in the song, and in consequence his guitar solo is altogether too strong, positive and melodic, it’s ‘great’ guitar-playing – in a word, ‘triumphant’, which being lonely definitely is not; it’s the exact opposite. It is like listening to two songs alternately, one with words about loneliness and a guitar solo about being wonderfully successful.

It seems that Joe, like far, far too many singers in the X-Factor era, thinks he can improve on not just the tune, but also the lyrics, singing something else, leaving it just recognizable enough to be annoying. I’m not sure about either of these versions. I don’t feel that Joe really gets going in the Red Rocks version. The solo at Battle of the Blues has more energy (given that this is what Joe seems to be aiming for).

London. England. Rain. Mary fucking Poppins. Someone should have told him he didn’t have to censor the lyrics in London. Again, and in both cases, – it’s all about the guitar solo (suitably appreciated by the audiences at the end) – not the song.

This is quite definitely my favourite of all the Joe Bonamassa versions I’ve heard. The song starts brilliantly and creates what is in my opinion the right atmosphere for the song. JB’s acoustic guitar is mainly accompanied by a very discreet celesta. The fact of the concert being acoustic means that the triumphant solo in its usual style in impossible.

As noted in the YouTube comments section, there is also a version of this song by the Chilean guitarist Miguel Montalban. Although – once again – the guitar work is very good, it unsurprisingly suffers from the same defects as Joe Bonamassa’s (‘unsurprisingly’ because it’s basically a cover of JB’s version). That is to say: the solo is great but has nothing to do with the lyrics. Moreover, while Joe is not the world’s greatest singer, he sings far better than Miguel, whose Spanish accent unfortunately also further detracts from the lyrics.

In an effort to present the song as I think it should be played, Rhino Bluesband will be including our version of it in our Mexico City sets from October 2018 onwards. 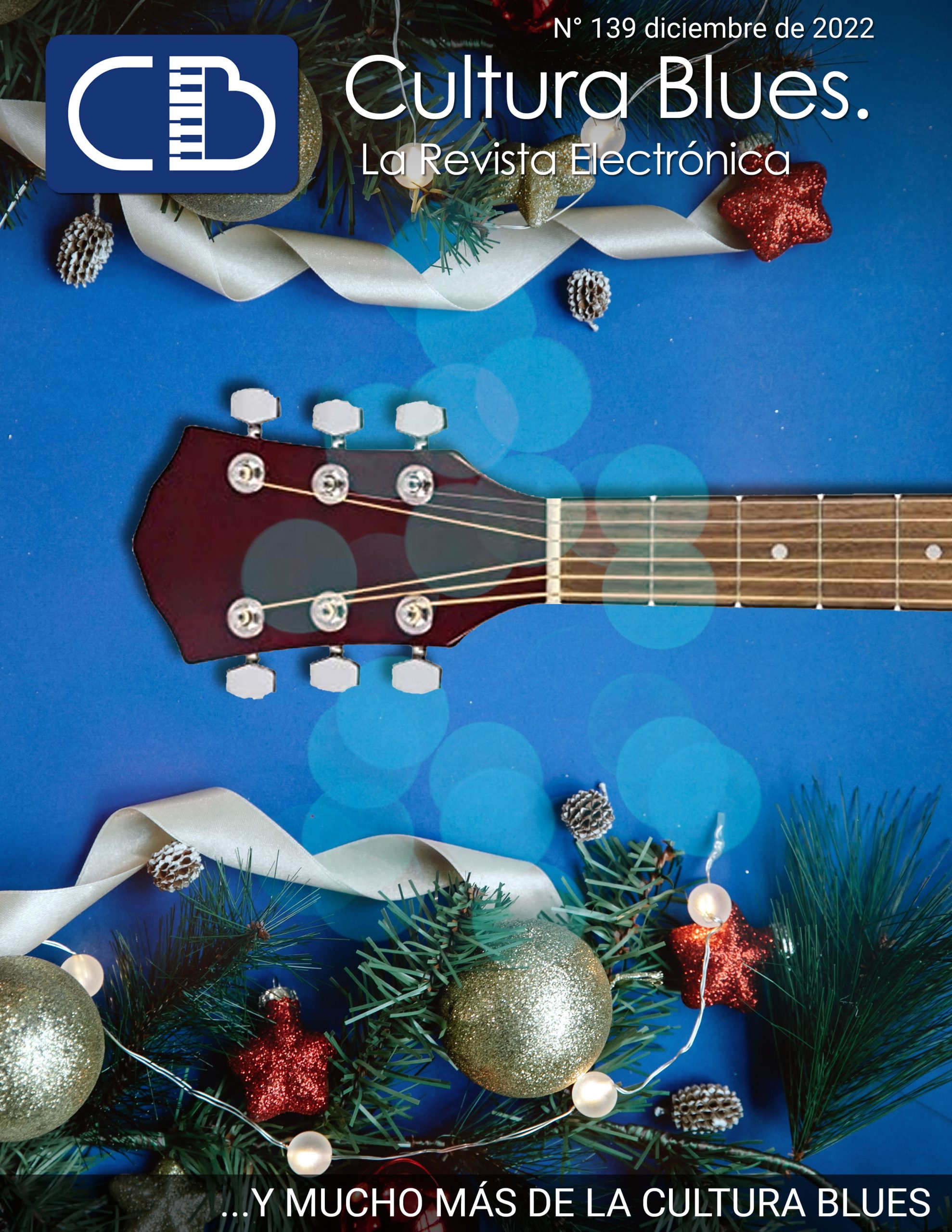 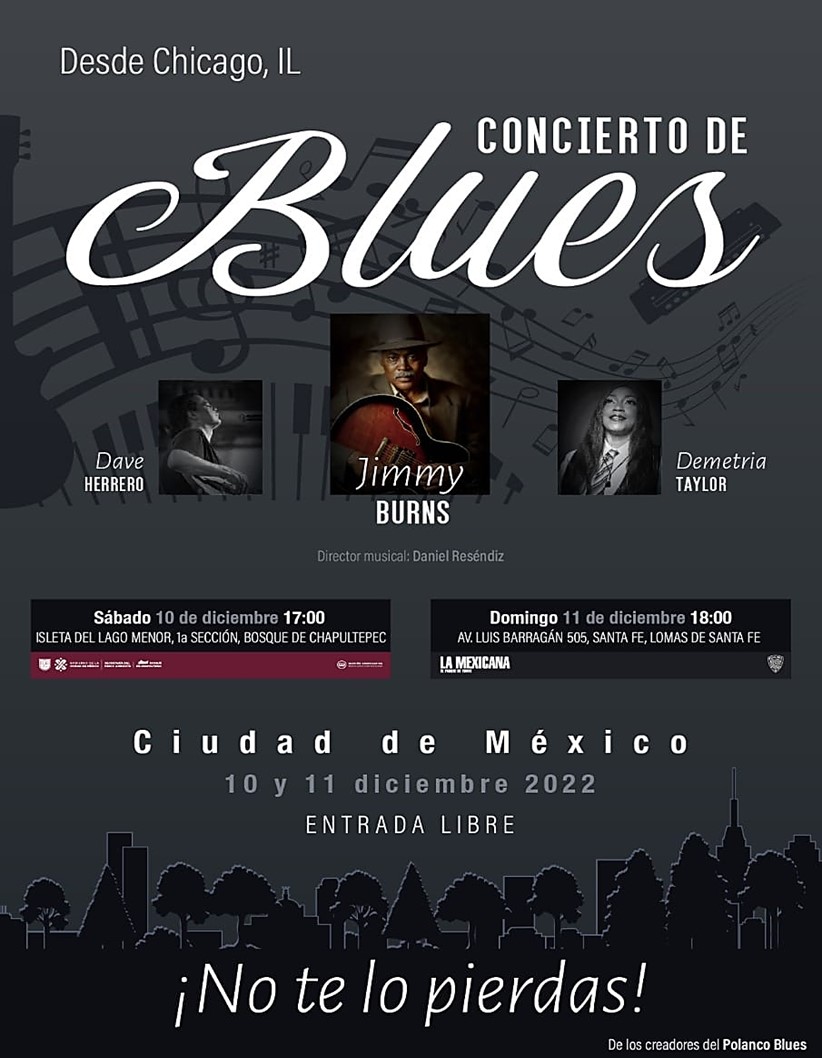 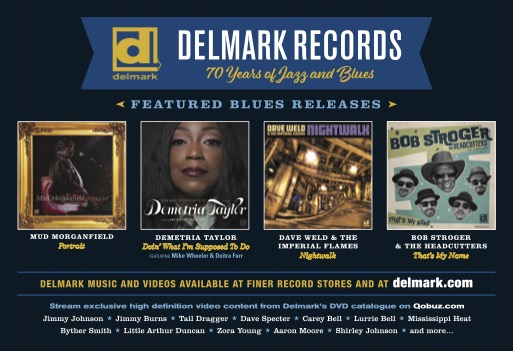 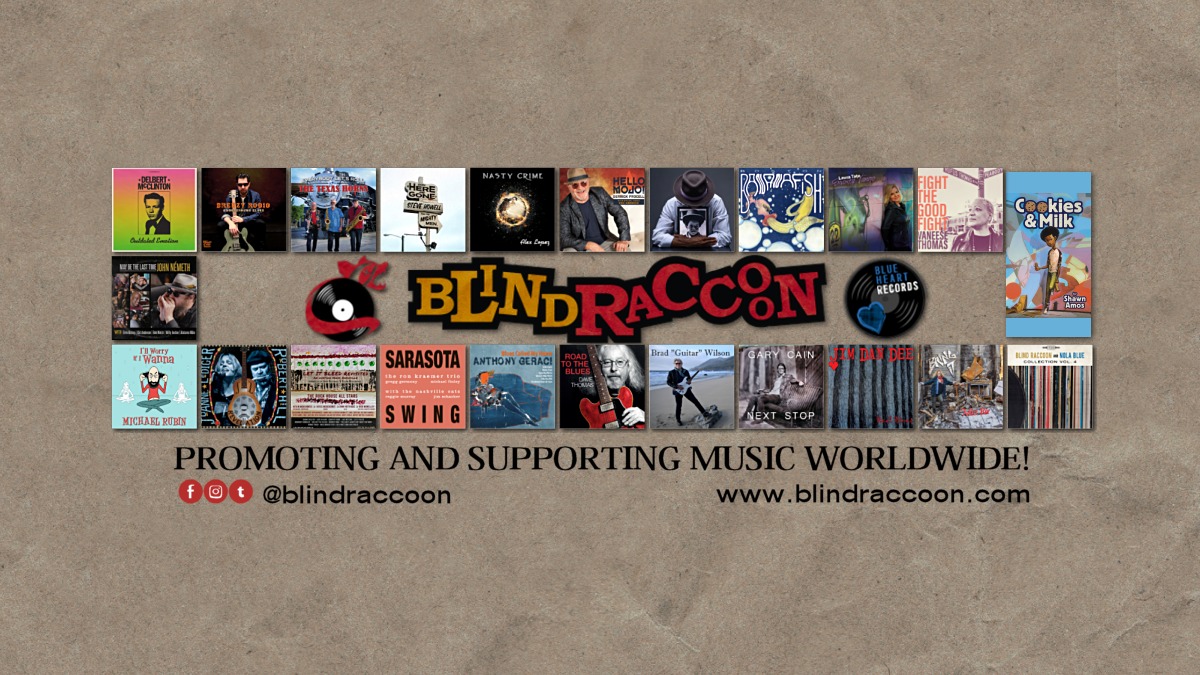 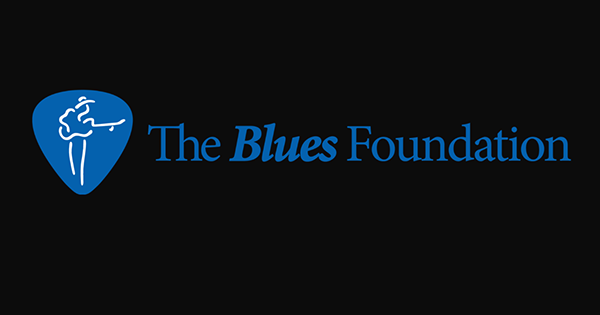 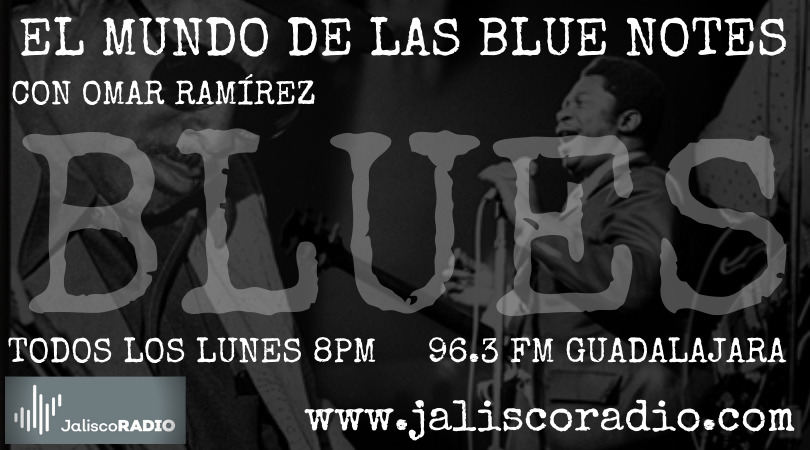 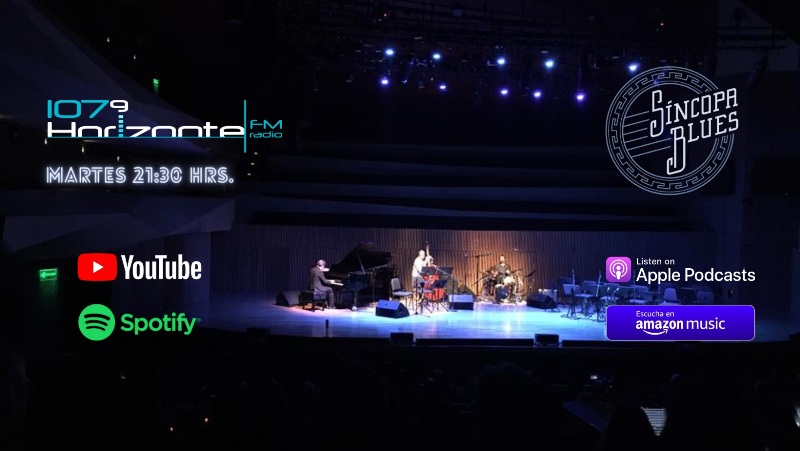 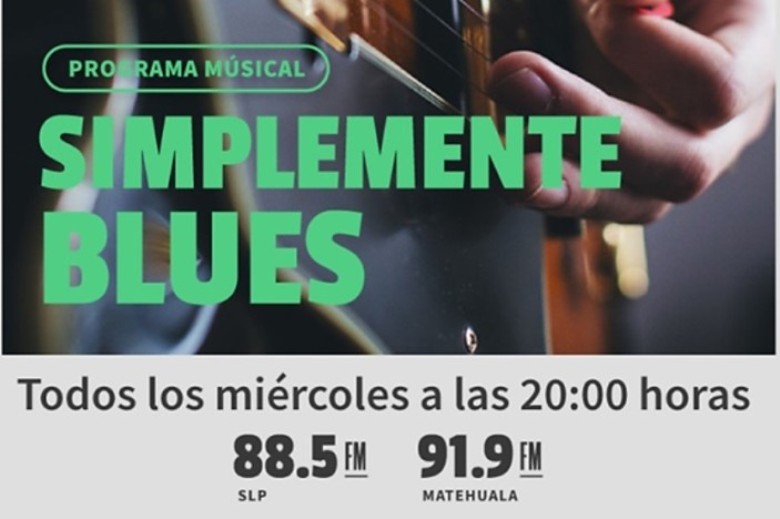 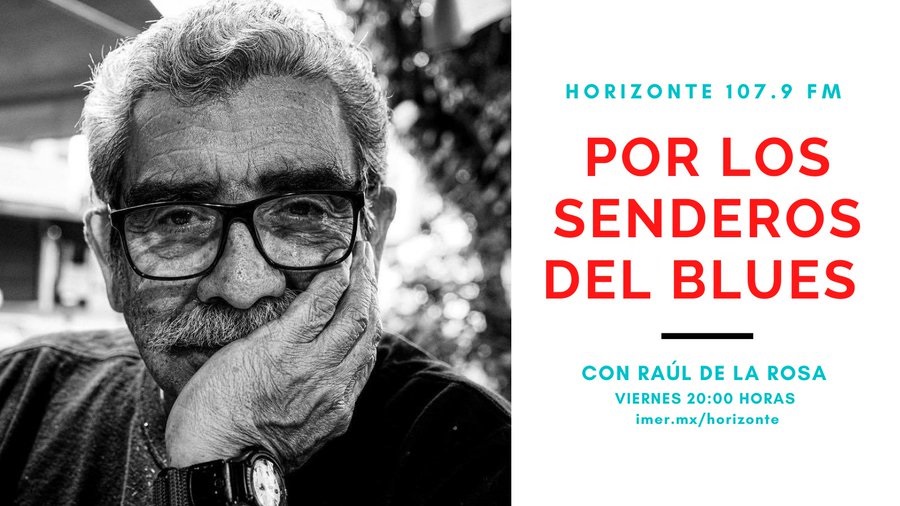